Aboriginal entrepreneurship was growing at a faster rate in British Columbia, as compared with the rest of Canada. In fact, British Columbia had the second highest rate of Aboriginal entrepreneurship in the country. 22% of Canada’s self-employed Aboriginal people residing in the province. On and off reserve numbers: 60% of B.C.’s Aboriginal people lived in urban areas, while 14% lived rural B.C., and just over a quarter lived on reserve. It was a different picture for Aborigi

Tips For Your Next (Sales-Related) Slide Deck Presentation 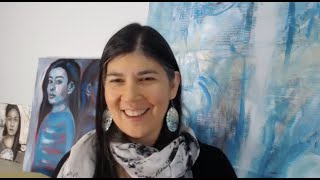 NABOC Conference Gets An A+

First Nations Entrepreneurs Going For It!

Do You Know How Marketing And Sales Differ? Here's How.

Corporate Canada: Make Your Business A Champion Of Indigenous Procurement

6 Steps To Starting Your Indigenous Business